So the Mazda, she be dead.  It would cost us upwards of $5K to get her back up to snuff and that's more than we paid for a 40ft ^#@^%$#@ bus!  We had already talked about the need to transition from a single to a 2-car family, which would involve some sort of compact hyper fuel efficient car and some sort of vehicle large enough to haul *stuff* but of course the timing is impeccably shitty, what with it being Property Tax Time and all.  FML.  Luckily, one of the techs is interested in buying it.  At the very least, the work they put in diagnosing her won't cost me more nickels than I have to spare...  I'll take that.  And in case he chickens out I've already posted her on Kijiji for parts.  Adios, Mazda. 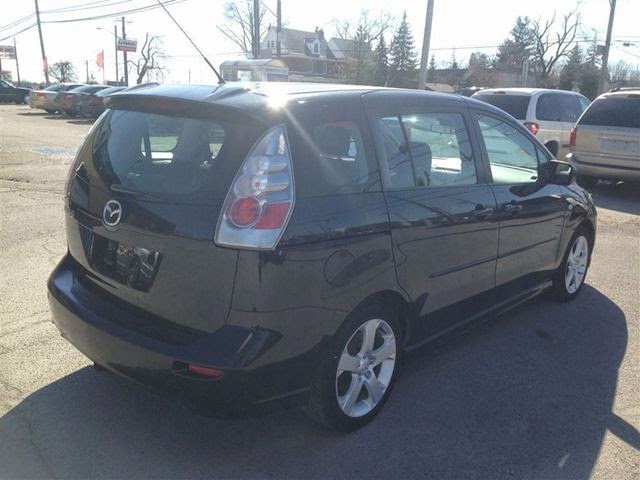 By some weird coincidence, my sister-in-law just acquired a newer car because it was too good of a deal to pass up and so she retired her other car (a Cavalier I believe).  She offered it to us a few days ago as a loaner interim vehicle.  Also, our neighbour offered us his older van quite some time ago for cheap cheap, and while I think a pick-up truck would in some ways be more practical for the sh*t we'll be hauling, a full-size 1-tonne van for cheap cheap sounds like a bangin' option right now. 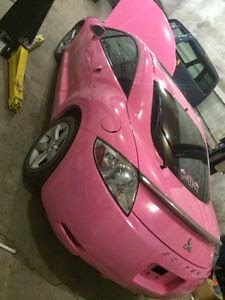 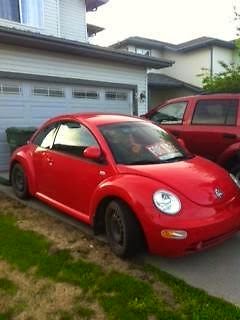 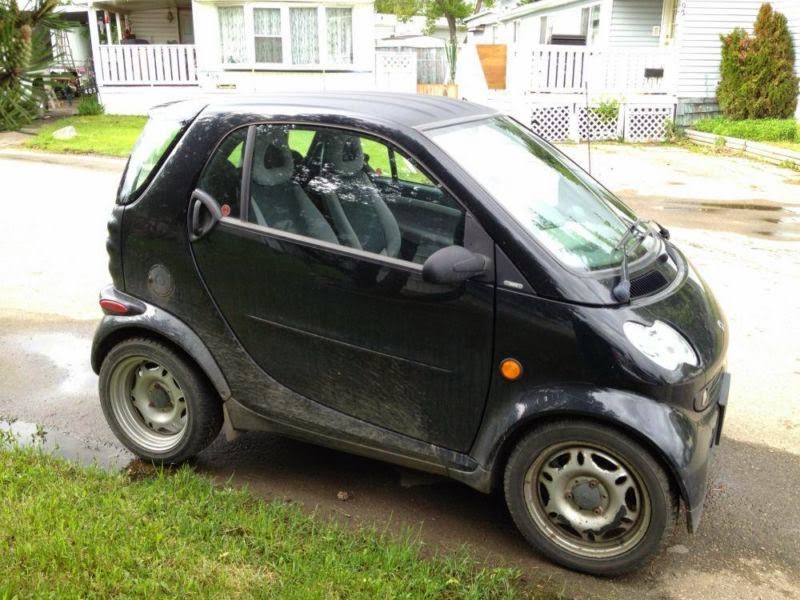 I'm learning things as we go along like that a car you haul behind your bus is called a "toad."  While my dream car at this point is the little black diesel Smart Car with standard transmission that I found on Kijiji this morning, it might in fact be more practical to get something that can at least seat 4 people.  The Barbie pink Eclipse is really appealing to me but Bill says he'd rather have an old 70s or 80s Volvo station wagon.  Like we'd find one in running condition that wouldn't cost us an arm and a leg to pass inspection.  Pssht. I found a little red VW bug on Kijiji that's *sort of* within our price range but until we get our tax return, we would have to decide whether to postpone paying property taxes or incurring new debt.  And incurring new debt wasn't on the playlist for this party.  ~sigh~

How weird would it be if we were to acquire 3 new-to-us vehicles in the next 48-72 hours?  From a 1-vehicle family to a 4-vehicle family, just like that.  The micro, the family sedan, the boogie van and the prison bus.  At least we would have enough cars for when the boys start driving.

We finally got news back from the mechanic that Clementine is indeed ready to come home.  While I had made an assumption that a complete electrical overhaul would be required due to the complexity of having it pimped out to contain prisoners, my assumption is now a confirmed fact.  Looks like we'll be starting from scratch for sure since whomever was tinkering with it before us did a bang-up job of bypassing and conglomerating, disconnecting what ought not be disconnected and connecting things that ought not be connected.  He also said that with the bus up on the lift it looked like someone had stored it underwater for a couple of years.  It passed inspection so at least we can assume at this point there aren't any holes rusted through the frame, but his concern makes me concerned.  I mean, I knew we had rust to deal with under there but now I'm feeling more than a bit nervous.  Not sure if all the Ospho in the world will save us if it's as bad as he says.  But whatever - let's get her home and start gutting her before we start freaking out.  Once we strip her down we'll know, but I think it's a safe bet she won't be making any road trips this summer.  I want to start fixing her up and even if the only voyage she ever makes again is to our land to get permanently parked, I'm still OK with it.